Mapping the Journey: An Introduction to Grounds and Paths 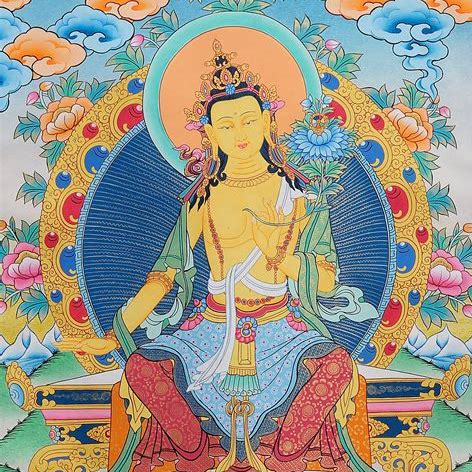 Hybrid Program: You can join us live in the main shrine room at BSC or via Zoom.

This class will describe the transformations that people undergo as they devote themselves to the disciplines of body, speech, and mind set forth by the Buddhadharma. Buddhist writers of India and Tibet have over many centuries turned to metaphors drawn from travel by land and sea, agriculture, and nearly everything else the visible and palpable world offers as figures for the invisible. It will draw upon the literary and oral traditions I have learned from Tibetan teachers with whom I have studied during the past four and a half decades. In particular, I will turn to the literature in which Indian and Tibetan writers have discussed such profound and thorough transformation in terms of vehicles (theg pa, yāna), grounds (sa, bhūmi), and paths (lam, marga).

In a series of courses I would like to offer through the Boulder Shambhala Center to anyone who would like to take part in them, whatever their previous knowledge and experience may be, I will present a richly detailed and highly refined map of the journeys people make and the labor they accomplish as inspiration leads to aspiration, aspiration leads to effort, and effort yields its fruit in its many aspects. These include cleansing the adventitious defilements that bind one to misery; bringing forth the latent, basic, innate good qualities one sees flowering in accomplished people; liberating oneself from the cycle of birth and death; helping others to do similarly as best one’s abilities permit along the way; and in the end becoming someone who has not only emerged completely from the muddy waters of cyclic existence oneself but also come fully into an inexhaustible abundance of resources that enable one to serve as teacher, guide, friend, companion, servant, and whatever else anyone may need in order to discover an enduring freedom and fundamental well-being unlike any other.

The initial course will begin with an introduction to the terminology that permeates the whole of this literature and oral discourse, such as vehicle, ground, and path, subsequent to which it will turn to a close study of the five paths and eight grounds of the Lesser Vehicle (theg pa dman pa, hīnayāna), so as to provide the necessary foundation upon which an exposition of the Great Vehicle can be built. Many other topics will be addressed in due course, including the meaning of person, self, selflessness, afflictive obstructions, and obstructions to omniscience according to various Buddhist writers of India and the systems of tenets (grub mtha’, siddhānta) that developed in the wake of their seminal work.

We use cookies on our website to give you the most relevant experience by remembering your preferences and repeat visits. By clicking “Accept All”, you consent to the use of ALL the cookies. However, you may visit "Cookie Settings" to provide a controlled consent.
Cookie SettingsAccept All
Manage consent

This website uses cookies to improve your experience while you navigate through the website. Out of these, the cookies that are categorized as necessary are stored on your browser as they are essential for the working of basic functionalities of the website. We also use third-party cookies that help us analyze and understand how you use this website. These cookies will be stored in your browser only with your consent. You also have the option to opt-out of these cookies. But opting out of some of these cookies may affect your browsing experience.
Necessary Always Enabled
Necessary cookies are absolutely essential for the website to function properly. This category only includes cookies that ensures basic functionalities and security features of the website. These cookies do not store any personal information.
Non-necessary
Any cookies that may not be particularly necessary for the website to function and is used specifically to collect user personal data via analytics, ads, other embedded contents are termed as non-necessary cookies. It is mandatory to procure user consent prior to running these cookies on your website.
SAVE & ACCEPT